Father John Fallon to Celebrate His 50th Anniversary of Ordination

Congratulations to Reverend John Fallon upon the 50th anniversary of his ordination to the priesthood!   A Mass of thanksgiving celebrating this milestone will be offered on Sunday, June 9 at 3:15pm at Prince of Peace Catholic Parish, Hoover.  After the Mass, food, fun and fellowship will follow on the school grounds.  All are welcome.

Father Fallon graduated from St Patrick's College, Maynooth, County Kildare, Ireland and was ordained on June 7, 1969.  Following his ordination, he moved to Alabama as a priest in the Archdiocese of Mobile where he served at St. Leo the Great in Demopolis (and its missions) for two and one-half years and then at St. Mary of the Visitation in Huntsville for one and one-half years.   Father’s next assignment was Campus Ministry at University of Alabama at Tuscaloosa for 12 years.  After that, he was assigned to Holy Spirit Catholic Church in Tuscaloosa for 13 years and during his tenure Holy Spirit Catholic High School was completed.

In 1998 Father Fallon arrived at Prince of Peace.  Under his leadership these past 20 plus years, the church has grown from 700 registered families to over 3,200.  In 2000, the main sanctuary was dedicated and the first new elementary school in the diocese in 40 years, Prince of Peace Catholic School, opened in classrooms built adjacent to the sanctuary with Connie Angstadt as principal.  Enrollment grew and in 2004 the current elementary school building was constructed for grades pre-K through eight.

With Father Fallon’s pastoral guidance, the church’s columbarium was built in 2007 and the school cafeteria and art room were added in 2009. The middle school building opened in 2015 to provide a state-of-the-art facility for grades six through eight, allowing classrooms in the elementary building to be reallocated to the lower grades to accommodate demand.  This year, a new education/office addition will be finished, linking both ends of the parish campus and providing elevator access to all buildings and floors.  The church’s many ministries continue to grow year after year as parishioners adopt the stewardship way of life embraced by Father Fallon.  Both the church and school were recently honored by Hoover’s Magazine with “Best of Hoover” awards for 2019.

Thank you, Father Fallon, for your 50 years of ministry in the Diocese of Birmingham.  We are grateful for your stewardship of Prince of Peace Catholic Parish, your philosophy of “all are welcome,” and most importantly for leading us on our journey as disciples and evangelists. 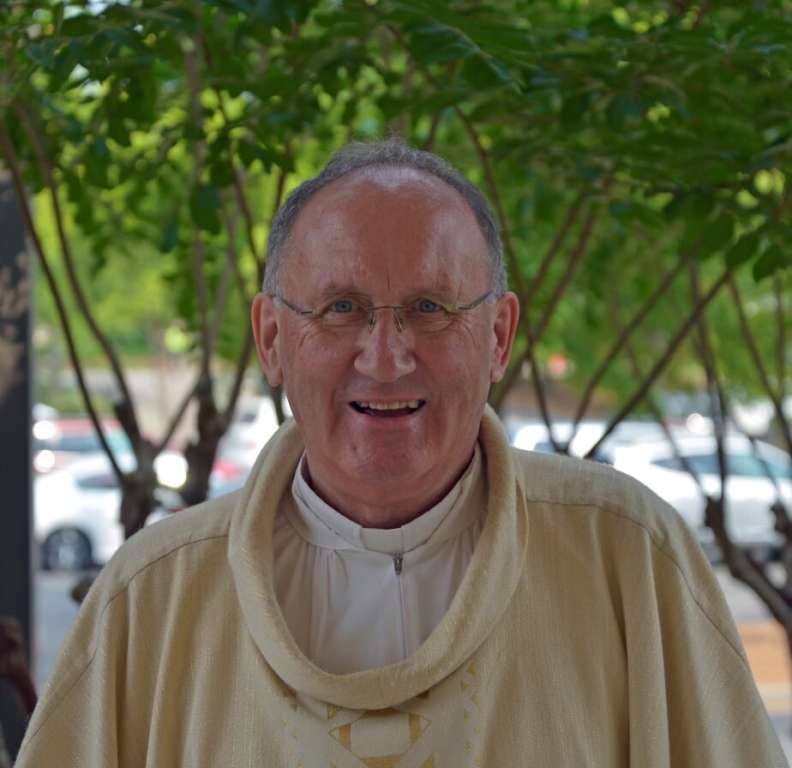