“Pennies from Heaven” Delivered to Seminarians

The Prince of Peace Knights of Columbus donated the $27,400 proceeds from their Pennies from Heaven fundraiser to the Diocese of Birmingham’s nine seminarians on April 22, 2021.  Four of these young men were in town for the check presentation at Prince of Peace Catholic Parish. (Five of the seminarians were unable to attend the presentation due to their studies.)  All nine received a $3,046 educational stipend thanks to the generosity of church and school families to this campaign.

Fr. John Fallon was on hand for the check presentation by Grand Knight Don DeCesare, project chairman Jerry Gordon and three Prince of Peace Catholic School students: Sophia Martinez, Finn O’Brien and Sarah Smith.  Don DeCesare said, “It was an honor to work with the church and school to raise money for our seminarians and increase awareness of vocations.”  Also present was Kristin Sessions, secretary to the Bishop and coordinator of vocations for the Diocese of Birmingham.

Seminarian John Paul Stepnowski said, “I am in awe of the generosity of the Knights, students, and parishioners. Walking around the parish and school, I can tell that it is a vibrant, faith-filled community which lends itself to many good works. Everyone will certainly be in my prayers, and I humbly ask for your prayers as I continue to seminary studies and discernment.” John Paul is studying at Pontifical College Josephinum in Columbus, Ohio.  He is a member of St. Joseph in Huntsville, AL.

In addition to raising these funds over a two-week period, the Knights raised awareness for vocations, especially at Prince of Peace Catholic School. The council worked with the school to organize a virtual meeting on March 9 in which Daniel Sessions spoke to the students from Rome about his studies and vocation.  Principal Connie Angstadt said the call was an “eye-opener” to many students as it presented a seminarian as a “regular guy.”  She added, “Hopefully, it’s going to help us grow our faith and it’s going to help our children to see what they might be able to become one day.” 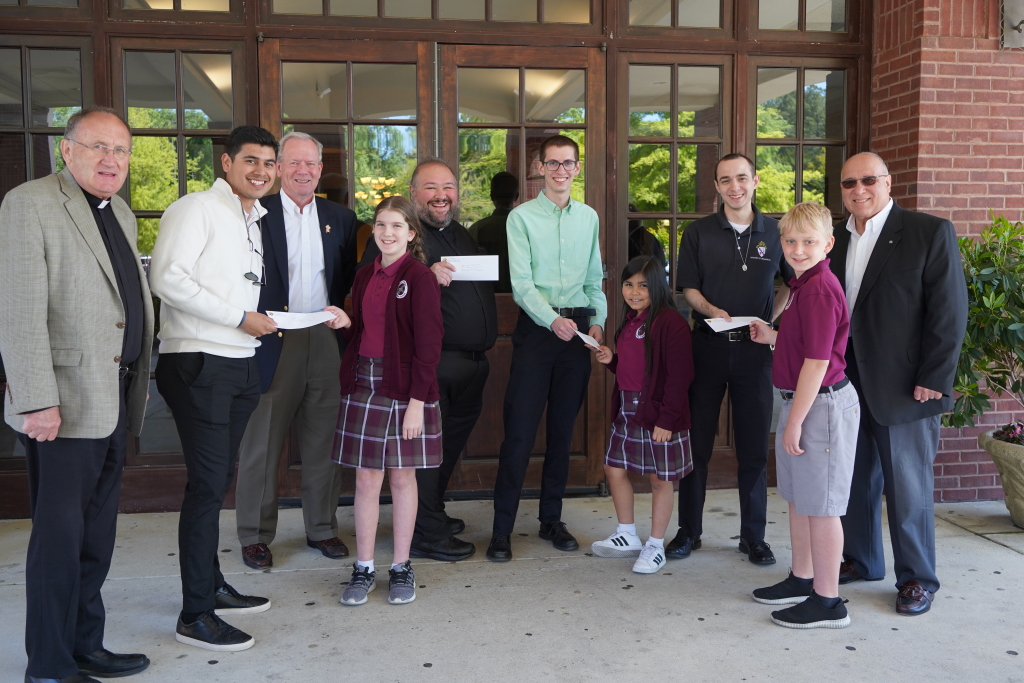