Deacon Rick DiGiorgio learned the art of problem-solving and the importance of caring for others from being the eldest of eight children. He was born in Tuscaloosa, Alabama while his father attended The University of Alabama. After his dad graduated, the family moved back to Birmingham where both of his parents come from large families. Their family of eight added to an already massive extended family, boasting hundreds of cousins in the Birmingham area. It was natural that Deacon Rick would work, live, and serve in his home state of Alabama after law school.
Deacon Rick graduated from Cumberland School of Law at Samford University in 1981 after earning his undergraduate degree from Centre College of Kentucky. He began his career in criminal defense before gravitating to personal injury law where he still enjoys going to trial. He has been a partner with the firm of Cory Watson, PC since 2001.
Married to his wife, Therese “T”, for over 40 years, they have two adult children and several grandchildren. Deacon Rick began his service to the Church as an usher at St. Peter the Apostle in Hoover in the 1980’s. He enjoyed the community building aspects of small faith groups and was the coordinator of the Renew groups at St. Peter’s for many years. In addition, Deacon Rick taught Adult Ed classes, was the chairperson of the Spirituality Commission and helped bring bi-weekly Eucharistic Adoration to the parish.
Though the practice of law has afforded Deacon Rick the opportunity to serve people, he sensed a calling to serve God’s people with a greater commitment and entered formation for the diaconate in 2013. Along the way he was invited to transfer to Prince of Peace a year before his ordination as a Deacon in 2018.
In keeping with the message of Deacon Rick’s favorite Bible verse, “Seek first the kingdom of God,” (Matthew 6:33), Deacon Rick spends much of his free time praying, studying the Bible, and serving wherever needed. He is a member of the Knights of Columbus and serves as our Council’s Chaplin. Deacon Rick is available on request to preside at baptisms, weddings, and funerals. He also loves to bless homes, children, rosaries, pets and almost anything else. 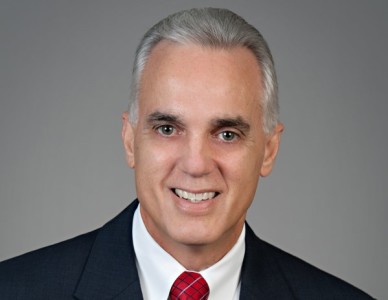